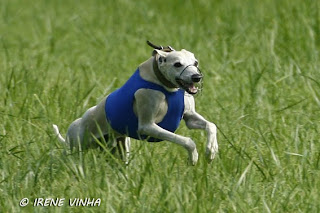 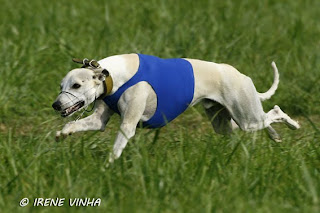 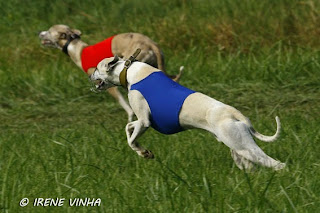 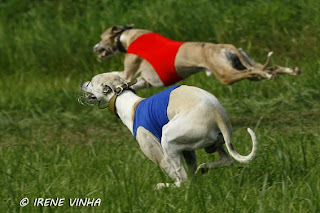 Damn that dog! I'm not happy at all. I'm sure that he would do so much better without that stupid habit. But how to get rid of it? 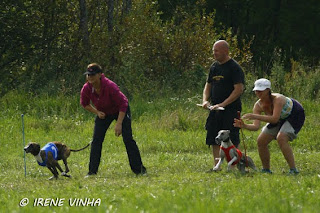 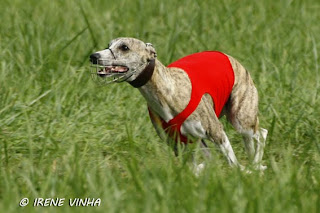 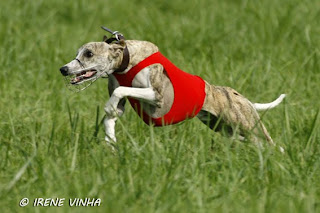 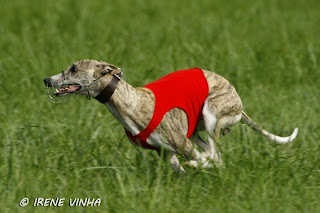 There was nothing to be nervous about in Topi's run. Clear, clean and even performance.
1 kommentti:

All results can be read from here

Pictures from the preliminary. First Ryppy 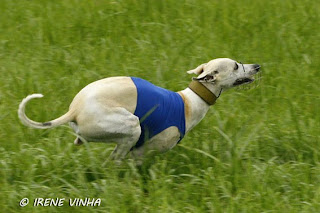 That guy has really bad habit of chasing his partner right after the start. It is equal to what he does when playing with Topi. He runs after Topi and chases him until he tags Topi and then the game is over. This may cause his disqualification sooner or later. In this event judges did not have that strict approach to harassments, only very rough cased were condemned. 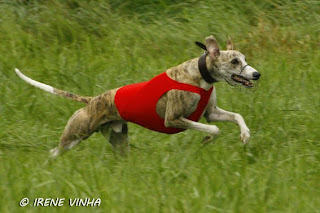 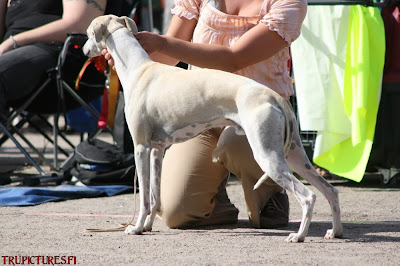 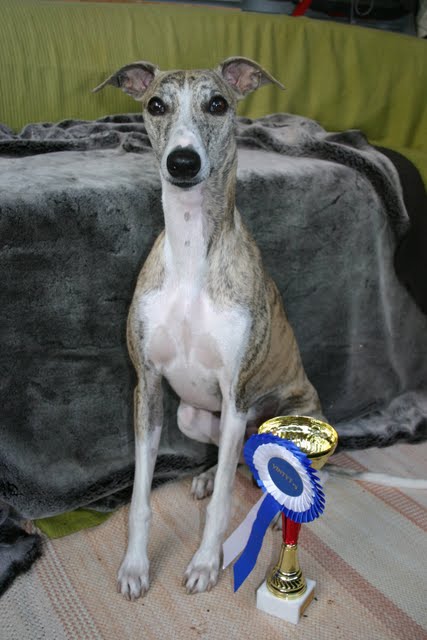 There is a lot of blaah blaah about the event itself below, so if you want to see the results please scroll to the end ;)
These are my red and blue boys in their jumpsuites at Mustiala lure coursing trial yesterday. 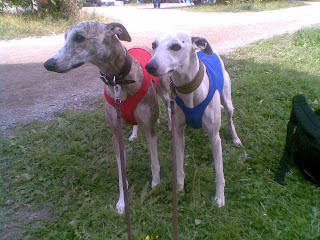 We have not been very active in coursing, partly because I have been stressing more on dog shows and partly because many coursing sites are quite far and I don't have a car and partly because I am just too lazy to spend a whole day in various climate circumstances with my dogs. BUT I know that my dogs love it. Ok, they don't love those long car journeys and all that waiting on site, but they love to run. So, this time, when place was Mustiala, relatively close to Helsinki, I thought that I have to facilitate this event for them. And so we went.
A few days earlier the weather forecast predicted that there would be storms and rain and thunder and all that when you just want to stay under the blanket. Luckily that didn't happen but the day was nice and warm with some clouding. There was nice shadow under the trees so it was quite nice to wait for our turns in restful manner. The coursing track was on a field about 200m meters from the paddock so all the hazzle on the track was not audible nor visible while waiting and the dogs were peaceful. The track itself was 800m on a gras field.
I was a bit anxious about what would happen because this was Topi's first trial and he had proven to be very furious and hard to hadle on track. I was worried that I would not be able to hold him. Also I was not sure if Ryppy would have a clean run because at his last two competitions at the preliminaries he didn't have a pair and he has not been running much with a pair after all. So I was worried that he would take a disqualification if he did not concentrate on the lure instead of his pair.
My worries were proven wrong although I thought that Ryppy did try to harass his pair right after the start. Maybe the judges saw better but what I think I saw was that he ran next to his pair and growled at him and I was quite sure that he took disqualification. Or maybe it was his pair that growled that "dont' you dare". But as I said it was difficult to say what happened. Anyway, rest of the race went without problems. He earned 220 points and that qualified for finals from 9th place.
Topi was clearly not aware what we were about to do, with jumpsuite and muzzle and all that, and he behaved well while walking to the cousing field. He had no idea so he was calm and sensible himself. At the start he finally became alerted because of the buggy but he didn't bolt or rampage and it was easy to hold him. Unfortunately cable snapped after midway of the track so the race was interrupted and after it was fixed they continued to the goal. Despite that interruption he got 240 points and to my surprise Topi was 1st after the preliminary!
So the waiting for finals began... Boys recovered quickly. They had some minced meat as snack and rested well. Topi's start was last and Ryppy had his final run in first start. He had a good run altough I think that he lost power at halfway of the track and fell behind but then he fought and sprinted last thirds of the track and was able to achieve his pair. He did clearly much better in finals.
Topi's pair was a racing whippet so I thought that it would be a tough call for him. But no, they ran side by side most of the way. I was pleased but it is always difficult to say how it actually went beacuse you can see the track from only one point of view and distances skew that view.
So they completed the competition witouth injuries and they both went to the finals. I was already happy about that. Of course I was excited if Topi was able to hold his position or remain in top three at least. The results were unveil after a long waiting and Ryppy was after all 8th with total 450 points with CQ and Topi was 2nd with 479 points and CAC! Whoa! Was this a whim of fortune or something else, we have to definitely put this to test and enter the trial held in Helsinki in September.
Ei kommentteja: 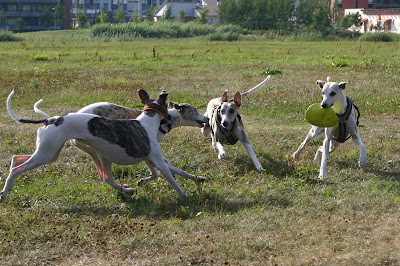 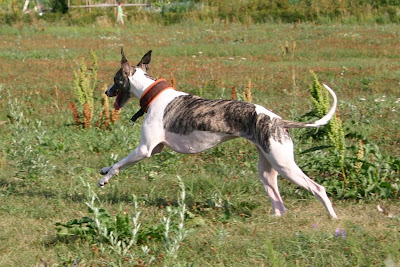 
Ryppy, Pipsqueak Onnenlantti
AVO ERI/2
I unfortunately forgot to take the review, but I am hoping to get it later. :) 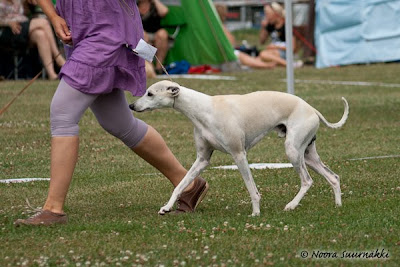 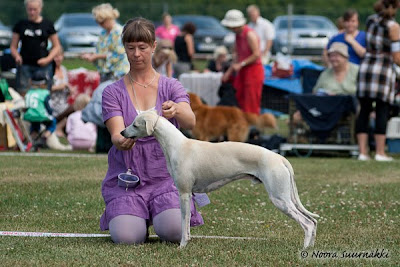 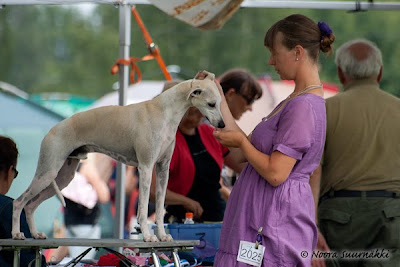